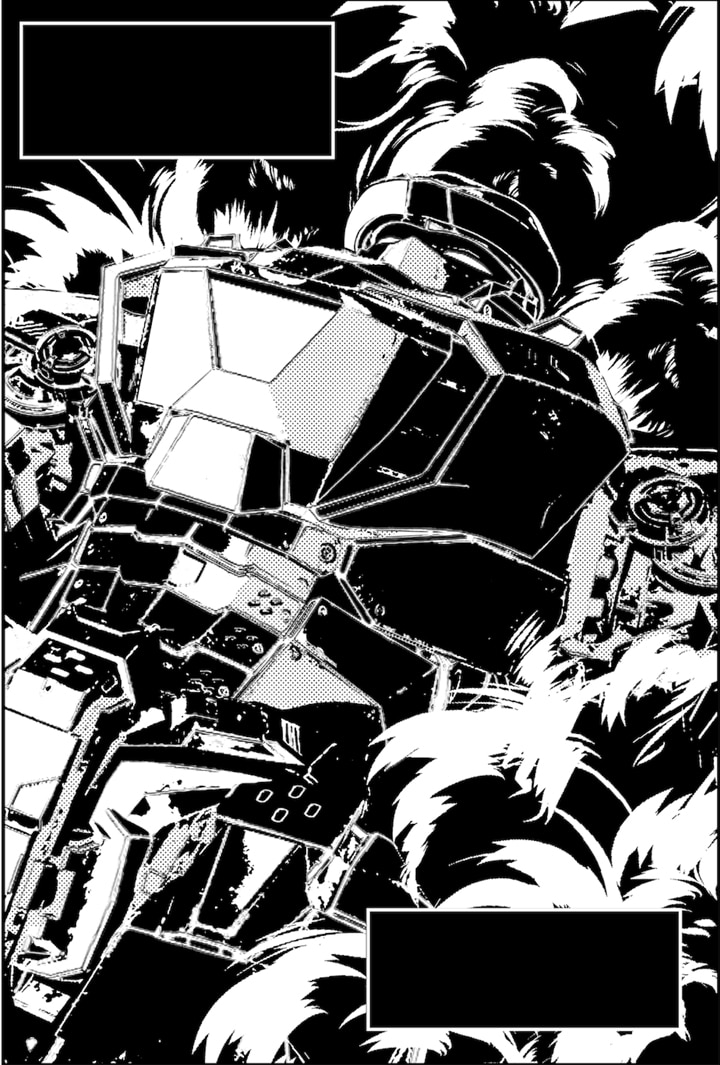 In the future envisioned by author Katrina F. Olan, the Philippines is a thoroughly modern country with advanced science and technology. A Muslim woman heads the government’s main research and development branch, while a Filipino colonel is the strongest soldier in the country – and perhaps humanity.

But these Philippines also continue to be plagued by evils as old as the world. Poverty persists. Historical truth is concealed in the name of propaganda. More importantly, though fantastical, the country has fought a century-long war for survival against an alien invader, as human-piloted mecha (robotic exosuits built for war) clash in the skies against their extraterrestrial counterparts.

By perception and by numbers, science fiction, and its subgenre, mecha military fiction, is a category traditionally intended for men, by men. But women can add much-needed perspectives to the journey.

As a girl, Olan loved science fiction, though she wasn’t necessarily a fan of the military mecha subgenre.

Her second novel, titled Tablefollows his first published project, the steampunk adventure sky above. Table was born out of Olan’s desire to tell a story set in the Philippines, conveying a sense of urgency that stems from contemporary socio-political issues.

Table was supposed to be about Filipino mythology. But in many ways it still is, only this time, aswang, tikbalangand kapre are metallic alien monsters from deep space that are unleashed on the earth. “What’s the craziest thing you could come across with,” Olan wonders, recalling the direction the story has taken since, “what if we put in robots?”

But TableThe world of does not only draw on fiction. Part of his research also included digging up real-life accounts of World War I and World War II soldiers, mostly through repeated visits to second-hand bookstores.

Many of the most visceral scenes from Table directly reflect the stories of actual combat, from the crashes of pilot planes, to the laundering of truth and the deployment of propaganda as part of a national war effort. Olan reveals that she didn’t want her story to “feel like a repeat” of the conventions of military mecha sci-fi.

Additionally, Olan comes from a family of artists, scientists, and veterans. His maternal grandfather was not only a community scientist in Mindanao, but also a Death March survivor who faked his death to escape and later fight the Japanese.

Hearing his family’s story naturally drew Olan to stories of war, and perhaps Table could be the natural result of that childhood curiosity and adult urge to express one’s thoughts about the times we live in.

His family influence shows this too, as academics challenge the established narrative, soldiers regret, however belatedly, the role they play in deceiving the very people they are sworn to serve, and political intrigue has deadly consequences as human lives are needlessly thrown away.

Yet it is this setting that reveals TableThe main contention of: that as long as humans have free will, individual choices collide to impact the bigger picture.

But closer to home Table is also a Filipino family story, with both poignant and heartwarming moments, a Noche Buena Christmas scene (a staple of Filipino stories!), which reads like an oasis amidst a dark setting, and an aunt-niece conflict that mirrors the larger conflicts in the novel.

But what sets Olan’s sci-fi alongside others as a work representative of today’s type of storytelling is how it evolves through fan input, a trait commonly seen in geek convention culture, where audiences are not just passive consumers, but active contributors to development. and the direction of a story.

Storytelling today, in the age of comment sections, video essays and multimedia emails, is, much like storytelling of yore, a communal affair – a gathering, so to speak, around the fire of proverbial field.

Amid rants and praise from readers, Olan is nevertheless grateful that her work has inspired people to sit down and finish a book, especially those who haven’t picked up a book in a long time or those who identify as non-readers, based on numerous comments. , reviews and fan mail she has since received.

As a member of the independent publishing community and a regular at conventions like Komikon and Komiket, Olan is immersed in an ethos that is both robust individualism and community connection.

There is also the divide between institutional publishing and independent publishing. Once upon a time, it wasn’t considered ideal for a writer to self-publish, but with the advent of two-way communication between creators and audiences, those attitudes and stigmas are eroding.

Ultimately, Olan’s vision for Table is not yet fully realized. She is currently developing a graphic novel that will take major deviations from the book. This is where Olan will apply a lot of fan input, like developing character perspectives, including antagonists, all to form a more nuanced picture, not just of the Table universe but also of the themes presented.

His mentors for this next iteration include komik industry “kuyas” like publicist and artist Apol Sta. Maria, who is also his colleague in his daily work in the advertising industry.

While sky above showed Olan that she could commit to writing a novel while maintaining a day job, Table pushes her to dream bigger. Not just in terms of budget and logistics, but simply in terms of unbridled creativity. If something can’t be done in one medium, she considers exploring other media.

As long as the spark runs through Olan and the independent publishing community and their supporters, their co-creators, the stories within a story will continue to charge.