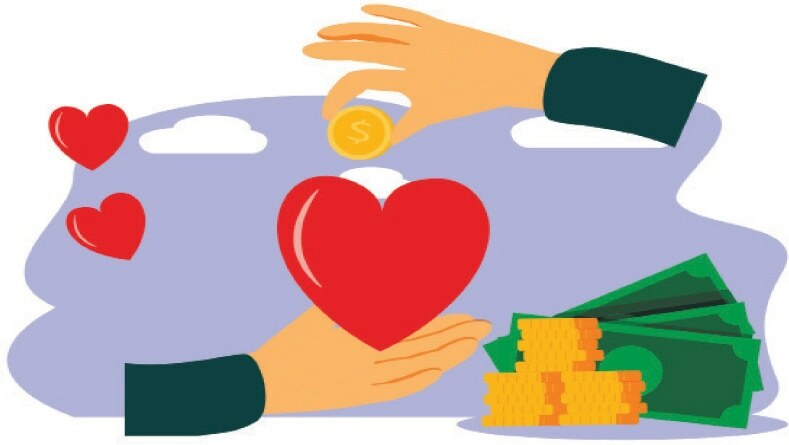 Pakistan has the seventh largest diaspora community, scattered across 140 countries. Studies claim that when diaspora populations have strong ties to their home country, they contribute to the economic, cultural and social development of their home country. In the context of Pakistan, diaspora studies and diaspora philanthropy have limited research. To fill this gap, the Pakistan Center for Philanthropy (PCP) has published two reports relating to the diaspora population in the UK and the US.

The report ‘Pakistani diaspora philanthropy in the UK: Trends and variations’ (2019) found that around 1.3 million British Pakistanis live in the UK and the total annual volume of philanthropic giving is around 1.25 billion pounds.

However, the demographics of America and Britain show a shift from first-generation immigrants to young people born outside Pakistan. In the context of the United States, 64% of Pakistani Americans have lived in the United States for more than 10 years, and the second generation born in the United States numbers about 200,000 people. These people have had experiences of unique identity, nationality, culture and technology from their parents. Thus, second-generation Pakistanis perceive their identity as bicultural and have adopted hybrid identities such as “British-Pakistani” and “American-Pakistani”.

Currently, interviews conducted by PCP in 2019 show that new generations are moving away from Pakistan. This can be explained by the difficulties in exploring their Pakistani identity, their inability to understand the local language and the negative portrayal of Pakistan in the international media, especially after 9/11. Consequently, the personal or psychological association of the third generation with their country of origin has considerably diminished and their identity is more ‘pan-ethnic’ and ‘pan-Islamic’.

Only 59% of Pakistani-Americans ages 18-25 donate to Pakistani charities, compared to 85% of those over 51

This demographic shift can dramatically alter the philanthropic giving of the diaspora community. It used to be that older Pakistanis living abroad sent money to a family member who spent it for the welfare of the local community or for a cause the sender cared about. However, the new generations do not have these associations and these links with their ancestral community.

In the American Pakistan Foundation (APF) 2021 report, former Vice Chancellor of Lahore University of Management Sciences Adil Najam said: “Most people give to the poorest people in Pakistan. , where they can have the greatest impact. The (older) Diaspora has direct ties to these people so they can give to them directly rather than through organizations or institutions. However, the second generation does not have these same networks. They rely more on institutions.

Statistics from the APF report show that only 59% of Pakistani Americans between the ages of 18 and 25 donate to Pakistani charities, compared to 85% of those over 51. Similarly, young people in the UK give more to Muslim countries such as Syria, the Rohingyas and Yemen along with Pakistan.

In 2019, only 51% of Pakistanis in the UK said Pakistani charities were trustworthy, and they said they often practice in-kind donations to mitigate the risk of misuse of funds. Figure 1 further compares the giving trends of individuals or organizations in Pakistan and the UK. As a result, diaspora youth attitudes towards Pakistan may evolve and shape donations.

Although the new generations of the Pakistani diaspora have established that they want to give back to the community, there is a need to consolidate this bond to promote philanthropy for social causes in Pakistan. Therefore, it is important to acknowledge their source of generational disconnect, create avenues they can explore to give and learn and integrate young people into philanthropic initiatives for Pakistan.

Indeed, charity is a personal matter and should be directed where and to whom one wishes, however, the current situation is worrying. With the exception of a few notables such as The Citizen Foundation and Shaukat Khanum, most non-governmental organizations in Pakistan lack national or international reach, marketing strategies, and direct transaction options on websites.

Analysis of the changing demographics of overseas Pakistanis shows that very soon the organizations will be used primarily for philanthropic donations. Therefore, while NGOs do carry out credible work in their own spheres, the development sector needs to reassess its objectives and critically analyze ways to increase its visibility and credibility. In this context, improved regulatory mechanisms to facilitate transactions, access to online donations and increased online and social media presence are suggested.

Additionally, around 40% of British Pakistanis said that if NGOs ensured that their contributions were used wisely, they would be more charitable. This can be achieved by improving NGO monitoring and evaluation as well as showcasing success stories. In short, as the Pakistani Diaspora is an important contributor to the development sector of Pakistan, it is crucial to address the existing issues and build the capacity of the organization, especially instead of the change in the giving practices of the young generation.

The author is a Program Officer – Research, Pakistan Center for Philanthropy