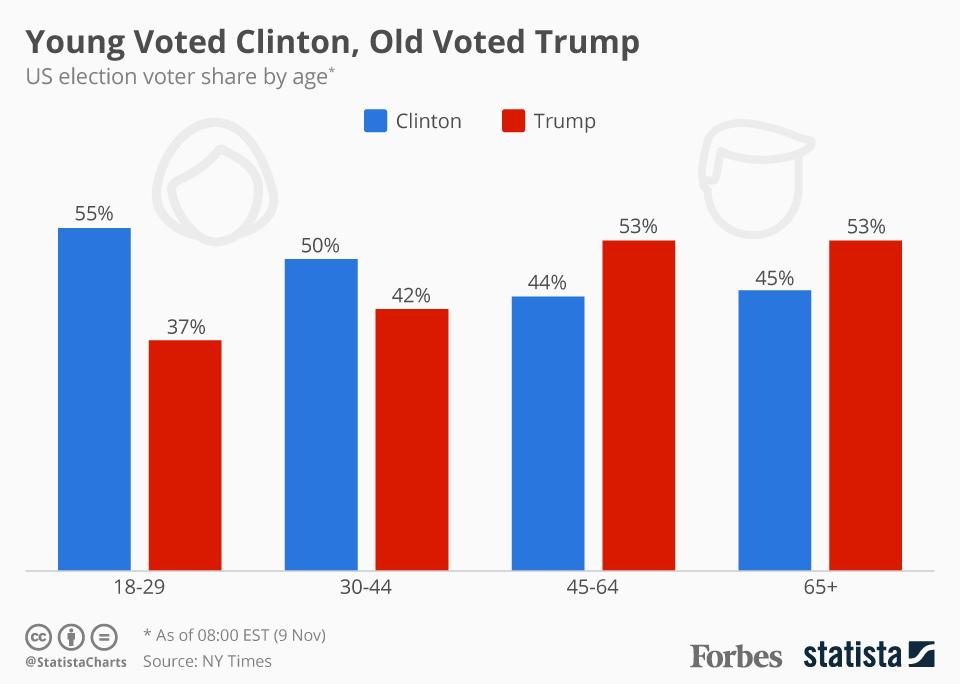 In June, when the UK voted in favor of Brexit, polls showed British pensioners were three times more likely than younger voters to want to cut ties with the EU. Many young Remain supporters still blame an older generation with secure jobs and pensions for denying them the freedom to live and work across Europe. The US presidential election reveals a similar generational divide, with the majority of young Americans voting for Clinton.

This year, for the first time, millennials and baby boomers enjoyed a relatively even playing field in terms of electorate size. However, in 2012, only 46% of eligible millennials turned out to vote, compared to 69% of baby boomers. While turnouts this year are still unclear, a lack of enthusiasm among young voters may have cost Clinton the presidency. Exit polls show that the majority of young people who came out and voted were behind Clinton with 55 and 50 percent of 18-29 and 30-44 year olds respectively voting for her.

Older voters have endorsed the Republican ticket in recent years and 2016 is no different. Trump appeals strongly to an older cohort, proud and nostalgic for their country’s history and less dependent on jobs and education. Discouraged young people today will just have to pull themselves together and drastically improve their participation in four years.