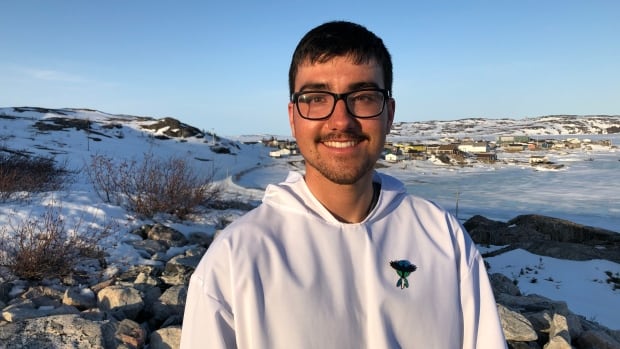 Listen to part 1) ► The COVID Generation

Whether they call themselves Generation Z or Generation COVID, many teenagers today fear that their majority has already passed. Social isolation has been acute – studies and surveys from around the world confirm this reality.

A recent study of the Chinese adolescent population found that up to 43% of young people reported depression and anxiety, far higher than most estimates reported in China in the pre-COVID era.

But John Della Volpe warns that this generation is more than just a pile of grim statistics. He is director of polls at the Institute of Politics at Harvard Kennedy School.

The thing is, these aren’t all gloomy statistics. There are many other stories of resilience and strength.

When the coronavirus hit Canada in March 2020, Inuit teenager Nicholas Flowers said he could feel fear and shock.

“Could something that started in Wuhan, China eventually threaten the small Inuit community of Hopedale, Labrador?

At the time, Nicholas was 17 and in grade 12. Everyone in the village had heard of what happened during the last pandemic, just over a century ago. The Spanish flu was brought to the Inuit by German missionaries who, in addition to spreading the word of God, also spread the virus, wiping out 70% of the population of two colonies in Labrador.

Flowers says that trauma from long ago has been triggered again with COVID-19, even among young people.

“There’s that same fear and uncertainty, even to this day because of the Spanish flu. Even sometimes now I feel a bit depressed, I feel the fear.”

Living under this historic shadow, Nicholas and his classmates were thrown into full-time online learning. People formed bubbles within the small community of 800 residents. Everyone’s social life has come to an end.

Adaptation to an online life tested Nicholas. Despite winning several scholarships and attending Memorial University of Newfoundland at the time, there was something troubling about this new way of learning that didn’t sit well with him: the loneliness, the screen, distant voices, detachment.

“It wore me out. There’s not a lot of laughs online. I missed that part of the classroom atmosphere,” he said.
Eventually, Nicholas decided to end his studies in environmental science. After much soul-searching, he chose to become an Inuktitut teacher.

“I know it’s the language that really helps us come together. It’s not as strong as it used to be, but it’s important not to be afraid,” Nicholas said.

“I never thought I would consider this path, but whether it’s fighting climate change, learning the language or respecting the land, we can make a difference. This is how our generation will remain. strong.”

For Nicholas, his new path was the gift of the pandemic.

Gaia Milesi lived at the epicenter of the COVID outbreak in Italy. The virus has affected the northern regions, in particular the city of Bergamo. There were so many deaths that a local priest demanded that the constant ringing of bells for the dead be silenced to preserve the sanity of its inhabitants. The local newspapers were filled with pages and pages of obituaries.

“I cried for fear that I would never see my friends or family again…that they were infected and that I wouldn’t have had the chance to say goodbye to them,” Gaia said.

To distract herself from the chaos, Milesi confined herself to her bedroom and played with her dog, Peggy. She didn’t even socialize with her family.

“I held myself prisoner. I only went out to eat and wash. My skin condition got worse because I never saw the sun. I had constant headaches, I felt tired and I became an old woman.”

Milesi also needed space to pay attention to her mental state. When the lockdown finally ended, she started cooking for her family every day. And she began to meditate.

“Yes! When I’m having a bad time, I take a moment to meditate. I feel like no one is around me. I’m the only person in the world. It makes me feel so much better.”

Looking back on the past COVID years, Gaia sums up her experience with these words:

When asked if the word ‘breakage’ still applies today, Gaia concludes: “Not that much. It applies to friendships that have ended and may never be recovered. I am still sad but i understand these are people who have been with me for two years, and i loved them, but now i understand that i can also go on with my life – without them. This is what the pandemic has taught me .

“My family is a bunch of sports freaks. I play volleyball, football and I sail. I play the piano and the violin. And I was valedictorian. I wanted to be an engineer since about five years old.”

Charlise’s life was busy and, as she describes it, “pretty great”. During the first year of the pandemic, family members were cautious, observing lockdowns and limiting sports and social activities.

In April 2021, the family decided not to travel during spring break. “It wasn’t safe enough,” Charlise said. However, other teenagers from her high school rented a hall and threw a big party.

“They were openly rebelling at a time when the rules were quite strict. There were privileged kids who went to my daughter’s high school. Maybe they thought the rules didn’t apply to them,” said Charlise’s mother, Nina.

Charlise says that when the school reopened after spring break, “some teenagers, knowing they had COVID, went back to class, hoping to spread the virus. In fact, some of the girls openly told the rest class. ‘It’s great because we’ll be exempt from final exams.'”

When Charlise returned to class, she was quickly infected. Vaccines were not yet available for his age group, so the infection was fierce. After recovering from a two-week fever, joint pain and heart palpitations, Charlise began to feel much better. But, it was temporary.

“I was breathless and exhausted. My legs hurt badly. I felt like a 90-year-old woman.”

His mother, Nina, went looking for answers but realized that specialists in the medical system did not believe that a teenager could have long COVID. “Some of them feel threatened when they don’t have an answer. They can be defensive.”

After a year, a doctor finally diagnosed Charlise with long-lasting COVID. It has been a very difficult journey.

“I wear waist-high compression stockings. I take heart medication. I do acupuncture. But my grades have definitely dropped. I have to work a lot harder at school now,” said Charlie.

His mother looks on suspiciously.

Says Nina: “She’s been very disciplined to work hard, but right now there’s no way to get the grades she needs because of her personal health. motherhood again.”

*This episode was produced by Mary O’Connell.

To learn more about what students have been through and how we can help them recover and thrive, visit cbc.ca/learningcurve. And look The National on Monday, June 13 for a new report from their Learning Curve series, on the effects of the pandemic on education and our children.