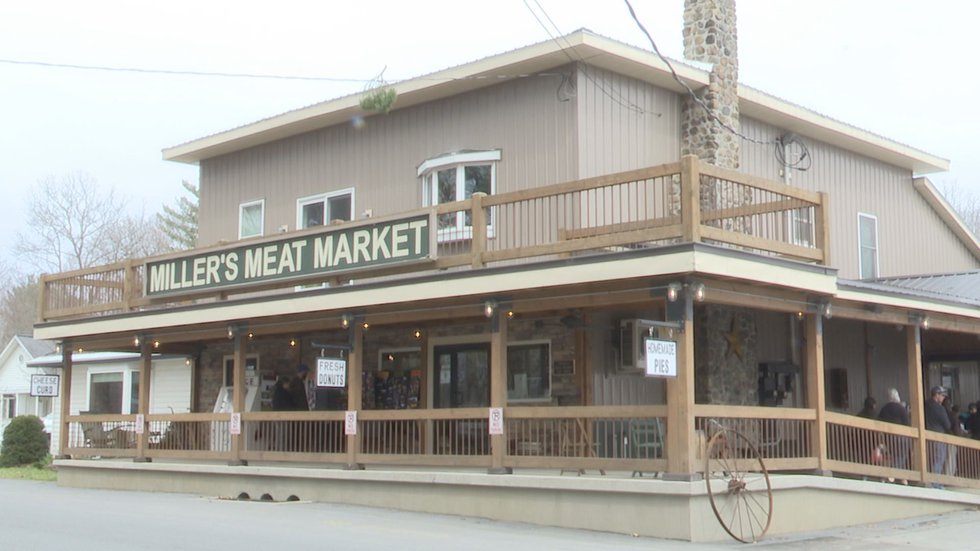 “My dad bought the store 60 years ago on my eighth birthday,” owner Dan Miller said.

Miller’s Meat Market serves custom cuts of beef, pork, and venison to residents upstate. They have been doing it for three generations.

Saturday marked the 60th anniversary of the family business. And for Dan, it also marked his 68th birthday.

Miller’s, then a general store, was founded in 1962. Carl Miller moved north to Lowville from Syracuse and purchased a country store to escape the hustle and bustle of the city.

“We have a great business, but it’s because of the foundation that Grandpa Carl and my dad laid for me,” said business co-owner Darrell Miller. “So the challenge is as a third generation to figure out how to keep that ball rolling.”

“My son has a lot of ideas,” Dan said. “I think in a few years we’ll probably build on the store and have more room on it.”

As Darrell aims to lead Miller’s into the next generation, Dad knows the family business is in good hands.

“My son is a visionary,” Dan said.

Praise from a proud father to a son looking to pay it forward.

“Hopefully, God willing, we’ll pass it on to the fourth generation,” Darrell said.