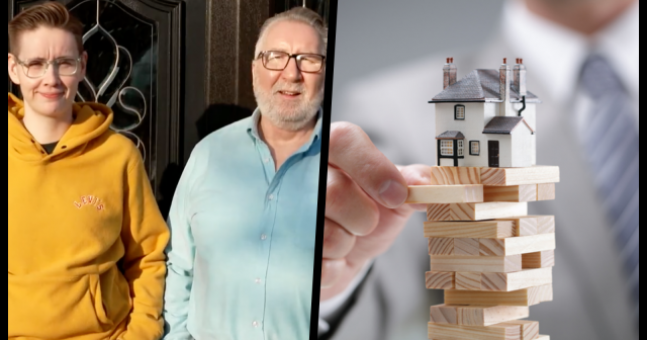 Ireland’s housing crisis continues to dominate the conversation, with a week-long special report casting a particularly grim light on the current situation.

RTÉ’s Prime Time team has put together a series of case studies that reflect the current issue, with a particular focus on the generation gap and its glaring differences.

One such example comes in the form of 27-year-old Megan Byrne, who lives at her home in Kildare with her father Jack.

Megan has been approved for a mortgage, but can’t find a home she can afford.

Traveling back in time to 1979, Jack explains how he struggled to find the money to buy a house.

“40 years later, it’s not getting better – people are still struggling,” he says.

“The deposit was £3,500 which was a lot of money at the time. We saved and saved and saved, and we had money there to get it, but having said that, when we got the house, we couldn’t afford to put anything in it.”

According to Jack, he was earning £50 a week, the same amount as his weekly mortgage payment.

At the age of 32, he managed to buy a second home, which seems genuinely unfathomable for the majority of young Irish people in 2022.

“Do you think it was easier when you applied for a mortgage?” asks Megane.

“In my day, you’d just hand in your payslip,” says Jack, who noted that there was a more visible supply of houses available when he was looking for one.

“It’s almost sickening, to be honest, because when I hear you bought your first house for £17,500 – I’m like, woah!” Megan said in response.

“Can you imagine? We have the approval and we have a signature that says, ‘Yeah, you can borrow that amount of money’, but good luck trying to find a home for that.

“It’s a small budget but a reasonable budget and there’s nothing I can do – I can’t change my car because if I do I’ll be stuck with a loan and it will affect the amount of money I can borrow for a mortgage. It’s really hopeless right now.”

Prime Time airs on RTÉ One on Tuesday February 1 at 9.35pm.

“You have just handed over your payslip”

Is it harder to buy a house today than 40 years ago? Megan Byrne discusses the challenges she now faces with her father and hears what buying a house has been like for him | #rtept | Learn more: https://t.co/jSpDE9rOrj pic.twitter.com/kiPzp1hDXX