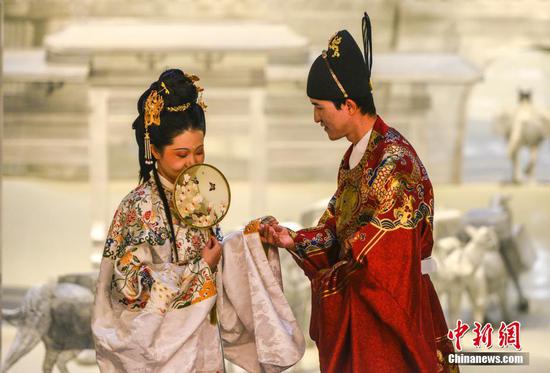 (ECNS) — China’s “Gen Z” has strong cultural confidence, and Chinese culture is popular among them, which is driving China’s fashionable economy, according to a report released Thursday by the Institute of JD research for consumption and industrial development.

“Generation Z” refers to the population born between 1995 and 2009. Its population is about one-fifth of the total in China, according to the country’s National Bureau of Statistics.

As “Gen Z” begins their careers, they are increasingly becoming the backbone of consumerism, according to the report. Industries and brands are adapting to “Gen Z” in terms of product design, function fulfillment, service and marketing.

“Generation Z” not only creates Chinese fashion, but also guides the consumer market and injects vitality into industrial upgrading and technological innovation.

More than 60% of “Gen Z” respondents will consider domestic Chinese brands first over foreign brands. Their favorite Chinese elements include Chinese red, ink, the Forbidden City, Chinese myths and classic intellectual property, according to the report.

According to the report, “Generation Z” does not want to be mediocre, they are rather confident and independent, and many Chinese fashionable products match their values.

According to JD, sales of “Chinese Red” items purchased by “Gen Z” have increased by 326% since 2022. Top sellers are health products, alcoholic beverages, clothing and underwear, telephones laptops and tea.

“Gen Z” also prefers diets, according to the report. They are driving consumption in the industry of health care, beauty products, anti-aging products and more.

The integration of Chinese fashion and traditional culture introduces new cultural connotations for brands, which is attractive to “Generation Z,” said Shen Hongbing, a professor at Chongqing University of Technology and Commerce, to China News Service.

“Generation Z” represents the most dynamic and diverse side of the Chinese consumer market, showing the broad potential and strong momentum of the Chinese economy, he added.

With the improvement of the consumption capacity of “Generation Z”, a new hotspot system around this group is being built, which will bring great drivers to the Chinese consumer market.