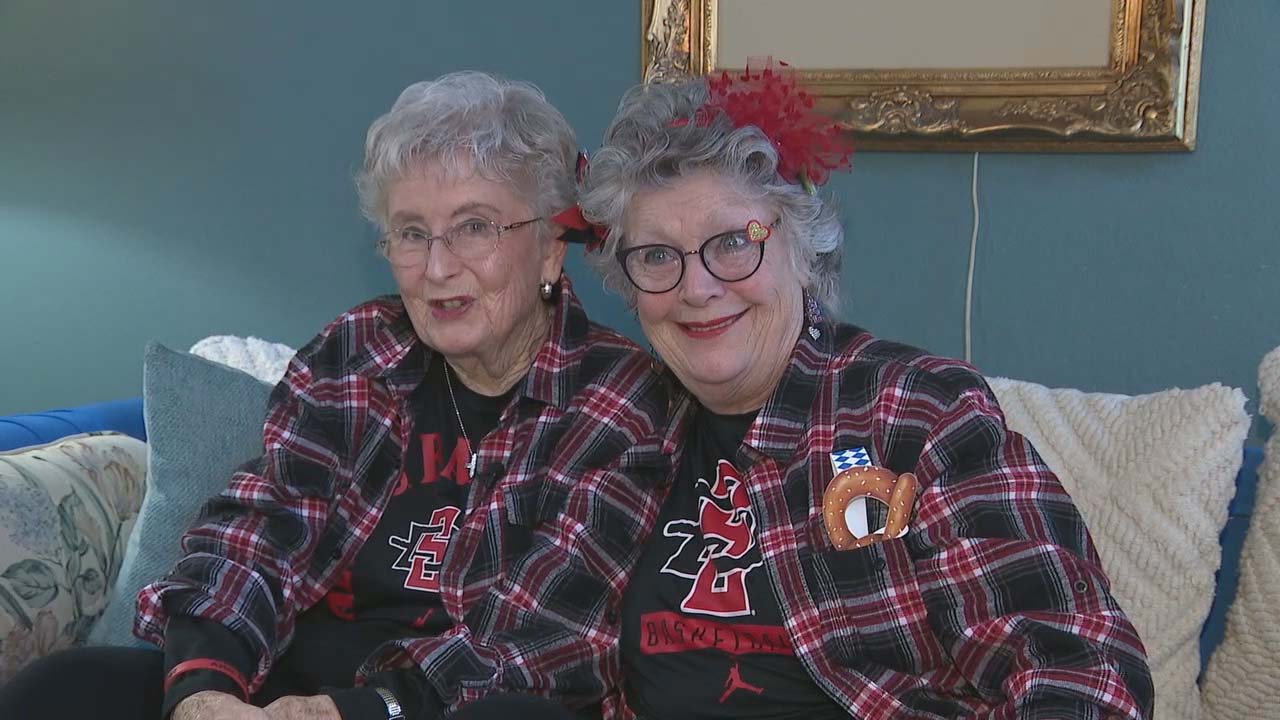 This is an archived article and the information in the article may be out of date. Please look at the timestamp on the story to see when it was last updated.

The two haven’t missed a home basketball game in years and have become staples in the coed section. But it’s more than a sport for them.

“Well, that saved me, and I’m not shy about saying it,” McCoy said.

McCoy told FOX 5 that she has suffered from depression since losing her son in a car accident years ago. Nothing seemed to pull her out of the hole she had fallen into until the Aztec basketball. Several years after she started attending the Aztec Games, she realized she had found her groove.

“I felt so good, I invited Bette over and told her you might not like it because it’s loud and I think she likes it!” said McCoy.

Together they encouraged the Aztecs through thick and thin. Their dedication and warmth touch the lives of students, players and families.

“We have so many messages, I think,” McCoy said. “Age, bridging the gap, giving kids and players who don’t have family here the stability of what we bring to the crowd.”

McCoy and Boucher continually stress the admiration they have for the culture SDSU students bring and the caliber of character they have witnessed in players and player families.

The two are heading to Vegas for the championship this weekend and bring high expectations with them.

“We’re going to show the world that Mountain West is one hell of a league,” McCoy said.