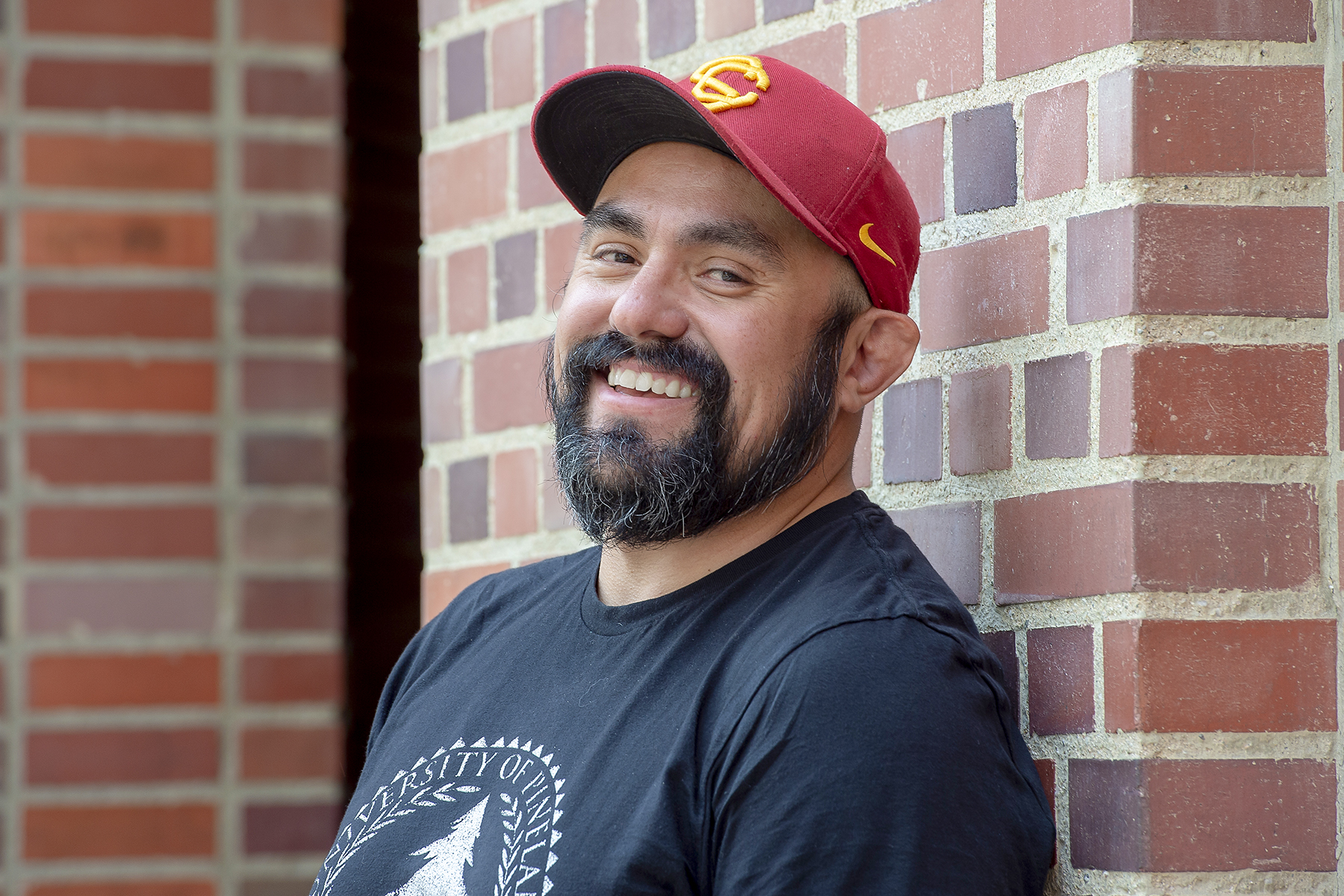 “I like to talk about sensitive topics. This is what really affects the veterans.

For a seemingly shy green beret, this is a new way to start a conversation.

At 41, Orlando Ambriz is one of over 1,000 veteran students at USC. As an older student he sometimes feels like an intruder. But he consciously pushes back introversion and misunderstandings – always looking for a connection.

“I have had conversations with younger students,” he said. “They want advice. It feels good because I started some pretty deep conversations with them about how to get their parents to understand what they want to do for a living.

These positive feelings are usually accompanied by a feeling of separation. Once he tells his classmates that he is a veteran who has been through combat, he feels their perception of him change. A certain distance rises; his comrades do not seem to know how to treat him.

For Ambriz, the university environment is not one in which he always feels comfortable either. Higher education was not the path Ambriz followed early in his life. Son of immigrants, he grew up in areas of Orange County where he did not feel safe.

“I was a terrible student,” he says. “I wasn’t worried about my education. I was afraid to survive at the time.

The inspiring story of Ambriz

Ambriz joined the Navy in the late 1990s, then shifted his focus back to the military so he could become a Green Beret. His accolades include the Bronze Star Medal, the Purple Heart, the Medal of Merit and the Joint Service Commendation Medal.

For nearly two decades in the military, he was deployed to Iraq and Afghanistan. He was shot and wounded. An explosion left him with a traumatic brain injury and post-traumatic stress disorder.

He participated in an intensive program to help manage the symptoms of PTSD. The words “constant”, “painful” and “painful” come up frequently when describing the adjustment process underway.

“I still had to face the door looking for an oncoming threat,” he said. “I don’t do that anymore. I got over that, thank goodness.

In 2019, Ambriz joined the Warrior Scholar Project, a pre-college training camp for military personnel in transition. The program, which takes place at USC and other universities, includes tutoring and mentoring, all at no cost.

After completing his Warrior Scholar experience, Ambriz signed up. He obtains his bachelor’s degree in psychology and plans to pursue higher education.

“I’m thinking a lot slower now,” he said. “I am sharp, but things need to be repeated. Kids get it the first time.

“I go to school with these brilliant and awesome go-getters. But you can’t separate the age of being a veteran and my experiences.